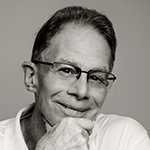 Robert Aurbach is a lawyer and workers' compensation system designer with 32 years of experience in workers' compensation in Australia and North America. He spent 15 years as the chief legal officer and policy developer for the New Mexico Workers' Compensation Administration. He completely redesigned the state's regulatory framework after a major statutory reform. As a consequence of the reform program, New Mexico went from the 10th highest premiums in the country to the 40th highest over a four-year period, whilst maintaining benefits for workers that were significantly higher than other many states. Robert has assisted other governmental entities in reviewing and revising their workers' compensation systems. He led the rewrite of the Delaware workers’ compensation system, leading to a reduction in premium from 3rd highest to 43 highest in the US without reducing worker benefits. Other clients included the Navajo Nation (complete rewrite of their legislation), the US Virgin Islands (created the first administrative rules for the jurisdiction), the States of Tennessee, California and the Longshore and Harbor Workers' Compensation system Robert was the editor (2003 - 2015) of the IAIABC Journal. Additional experiences include testimony before the US Congress on the OSHA ergonomics initiative and representation of the United States in NAFTA talks on cross-border workers' compensation matters. In Australia, Robert organised and ran a unique series of stakeholder engagement sessions in every Australian capital, resulting in a national report that was published by Deakin University. Rob has also worked as a consultant for a variety of clients including third party administrators, rehabilitation businesses and associations, medical-legal assessment services, program evaluation consultancies, Comcare, WorkCover NSW (now State Insurance Regulatory Authority), the Department of Veteran's Affairs and the Department of Employment. Rob is a very active teacher, speaker and writer. He has written more than 50 articles and book chapters for publication. His current focus is on the avoidance and treatment of secondary psychological overlay to original injury and minimization of the unnecessary medicalization of minor mental health concerns including appropriate ways to facilitate treatment access without creating unnecessary focus on psychological symptoms.